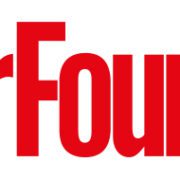 The future of training? Yes, it’s a football, but not as we know it
It’s the size of a football. It’s the weight of a football. But is it a football? Well, kind of. The Corpus is a wacky training device that promises to hone your skills.

It works similarly to baseball players using two bats in training to make swinging one seem easy, or the generations of South American soccer stars who learn their skills with a mouldy tangerine or dead gerbil in the favelas and so find kicking a sphere a total doddle.

There are two different ‘non-circular training devices’: Corpus I, resembling an oblong hybrid of footy and rugby balls (or a massive Tic Tac), and the pyramid-shaped Corpus II, which looks like it’s been run over by Neil Ruddock in his Range Rover.

You train with them as normal: the unpredictable roll and bounce forces the player to react differently to what they expected.

If nothing else, it’s pretty good fun. Its usefulness verified by University of Applied Scientists boffins, you can see the objects wobbling into action at www.rasenreich.com.